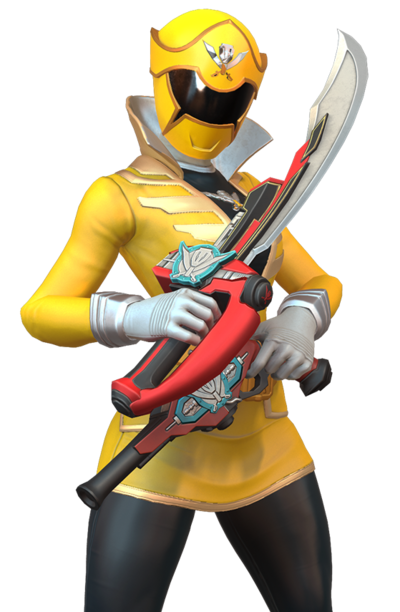 A little known fact about Gia is that she is actually part of an elite squadron of angelic fighters hailing from the realm of Gosei, which may or may not be the literal biblical heaven. She was turned into a pirate as punishment for illegally downloading her copy of Power Rangers: Battle for the Grid, but I think she might like it better this way.

Gia is a well rounded character who thrives at the mid-range. With excellent reach on her grounded normals and special moves, she excels at controlling space and keeping the opponent at bay, though that isn't to say she's a slouch in the close range, where she sports a fast low 2L, strong overheads (including a long range instant overhead in j.S) and solid combo damage. Her assist is also excellent for combo extensions and lockdown, making her a strong pick on any team.

Tested as of version 2.0

Full corner carry from anywhere, including the corner. Delay the j.M after the first 4H until the peak of your jump, and then slightly delay the j.H so that you can land 2M before the opponent is knocked down. Use 2L > 2M for a more consistent link. You can change up the ender as well if you want to do something other than combo to super. video example

Same combo as above, but with an easier transition into the ender if you're not confident in the j.M j.S 2M route. Try to delay each part of the combo as little as possible, otherwise you may hit juggle limit on the final 2M.

Throw combo. Holding 6 cancels the recovery of the throw faster, allowing you to act sooner. You can remove either 4SS (or both) if you don't need the extra corner carry. You want to slightly delay the j.M > j.S sequence as you would in the first combo. 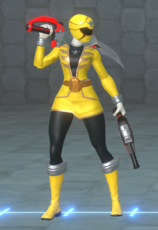