Power Rangers: Battle for the Grid/Goldar 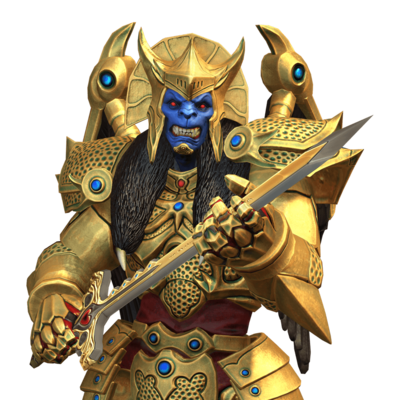 Goldar is the most fearsome general of Rita Repulsa who has never once succeeded at anything in life. He does his best though.

Goldar is a highly unga character who excels at getting in close and making the opponent's situation a living nightmare. His air normals are among some of the best in the game, and his jS swoop cancels make his air movement unorthodox enough that he's one of the harder characters to punish in the air. His close range normals all net him excellent frame advantage, allowing him to keep up the pressure when close, especially when coupled with his ridiculous Kara Throw.

He can function quite a lot like a typical grappler in other fighting games, with a very threatening grab game alongside an anti-air grab to catch an opponent if they try to jump out of his pressure.

Generally he'll struggle more at the long range, so you'll want to use assists and his air movement well to close in on the opponent and make use of his tools.

His assist also numbers among the best in the game, allowing you to no-sell a lot of options the opponent can throw out, and is amazing at setting up sandwich mixups.

Even though Goldar has huge damage potential, his jab resets are very good as he can go for a lot of options following the reset. Most characters in the cast have some form of this. At the end of any combo, use 5L to force a flipout that guarantees 1 frame where the opponent can't use a reversal. In other words, this guarantess a meaty without fear of getting interrupted by an EX, or some other invulnerable move. After 5L, you have the following options:

On incoming, one of Goldar's best tools is to throw out jM, and once it hits the incoming opponent's airblock, to input jS~M which will cross the opponent up as soon as they land. 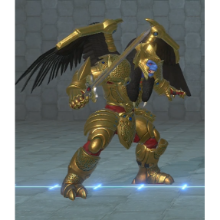 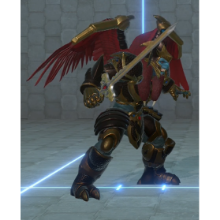