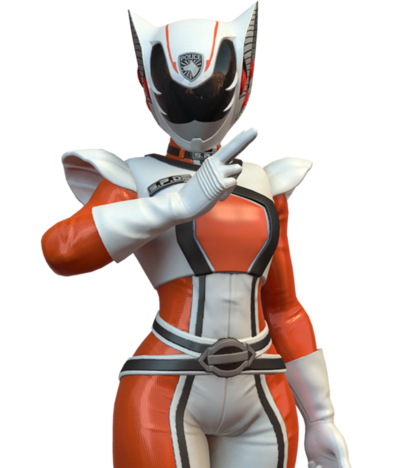 Kat Manx is the tech support for the Earth branch of the Space Patrol Delta. She got fed up with SPD constantly kicking the ethernet out of the wall and calling her so she became the SPD Kat Ranger.

Kat is a rushdown character with some of the best mobility in the game. Sporting a rekka for extended blockstrings, a cartwheel attack for establishing pressure (and even setting up tricky cross-up situations), and a divekick to help mix up her approach, Kat is a very sticky character that can be hard to keep away, but she can also be very slippery, weaving in and out of the opponent's range with her mobility and her backflip special move, which can be used similarly to Slayer's Dandy Step in Guilty Gear. Combined with great combo potential from any starter and an excellent lockdown assist, Kat is sure to justify any spot on your team. 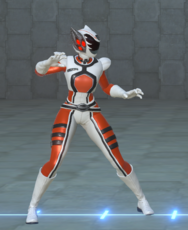 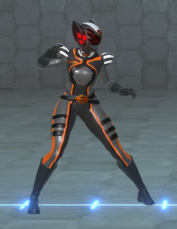