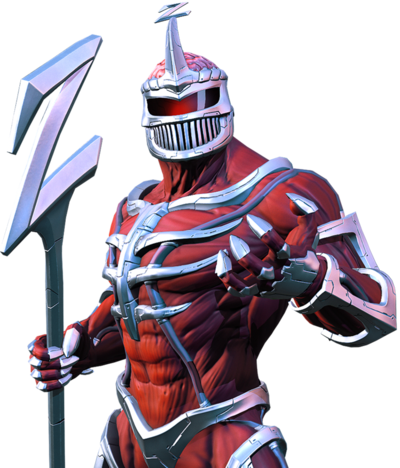 After Rita Repulsa cited irreconcilable differences when divorcing Lord Zedd and getting sole custody of Thrax, he lived as a single bachelor in the Vica Galaxy, playing a bunch of UNIB. Realizing how top tier Gordeau was in that game, he ripped him the hell off to compensate for having lost his teleports from The Fighting Edition.

Zedd can be best summed up as an all-rounder. He possess very long-ranged normals, allowing him to control space, in addition to delayed projectiles such as Z Putties. Yet, when it comes to close range combat, he's no slouch either, having deceptively strong normals suited for that purpose. His unique dashes allow him to cross up opponents, mostly compensating for his otherwise slow mobility.

Characters with a strong advancing assist such as Goldar or RJ can also give Zedd space to setup a 5S, or for him to teleport dash through the opponent for side switching mixups.

*all combos tested as of version 2.1

Pretty well optimised TOD combo. 5LL is used early on for extra meter if you need to build that first bar (time it so that the putty hits in between both hits of the target combo). The 5M > 2L link can be made slightly easier by chaining into a kara throw whiff. If you want a more meter-positive combo, replace the [5HH > 5S > EX] portion of the combo with [5HH > 6S > 5M] and then continue as normal. 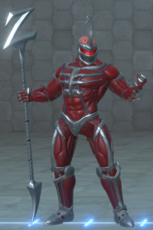 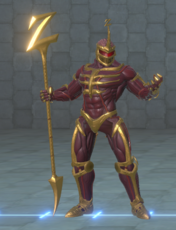