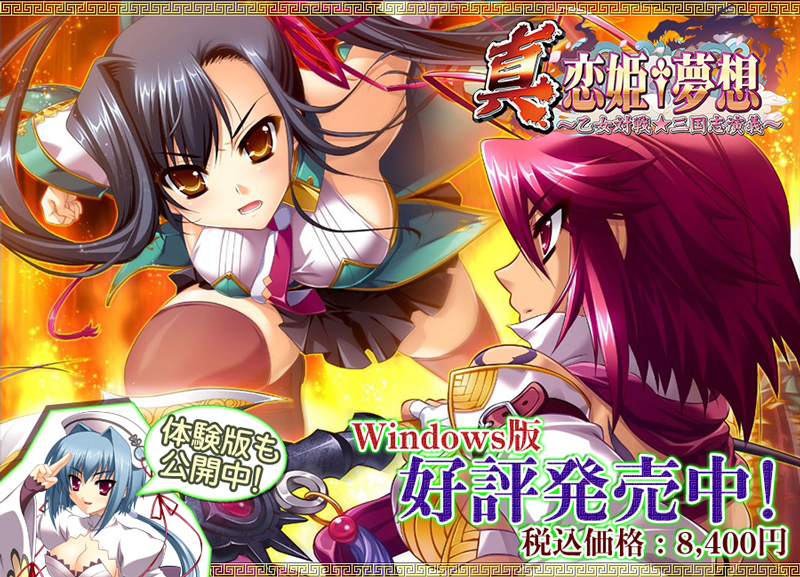 Shin Koihime†Musō ~Otome Taisen★Sangokushi Engi~ is a fighting game developed by Rain Entertainment based on BaseSon's series of eroge novels Koihime†Musō. It was first released on arcades on July 30, 2011 followed by PC and PS3 ports released on May 31, 2013 and February 20, 2014 respectively. The PC version can be purchased online at Getchu (demo available) and the PS3 version can be imported or bought online at the Japanese PSN Store.