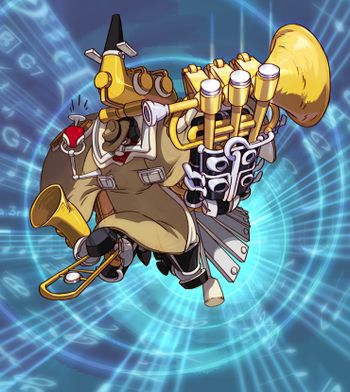 Big Band used to be a cop, now he walks a different beat.

Big Band has a variety of large moves that can control most of the screen, and has simple but effective mixup that leads to high damage. On the flip side, his large hurtbox leaves him vulnerable to instant overheads and stray hits. To mitigate this he has a few very strong, unique defensive options with parries and armored moves. 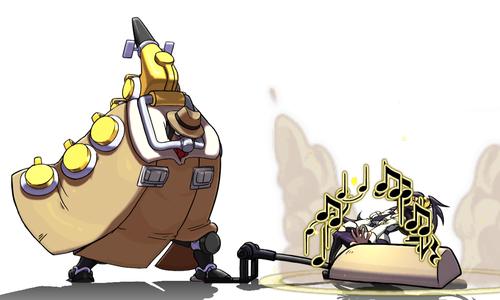 Many of Big Band's attacks cause a unique sound stun on hit. This hit effect has a distinctive musical note hit spark and has additional hit stop for the opponent or a knockdown depending on the attack. sound stun can only be used once per combo. Attacks that end in a sound stun all lead to damaging combos for Big Band. Additional sound stun attacks in the same combo have their diminished, normal properties.

Big Band has 4 different intro poses that can be selected by holding a button or combination of buttons during the loading screen before a match.