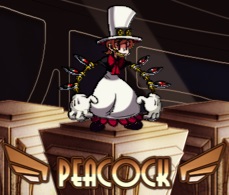 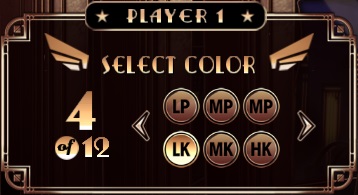 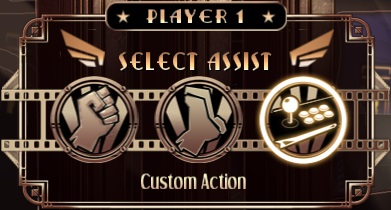 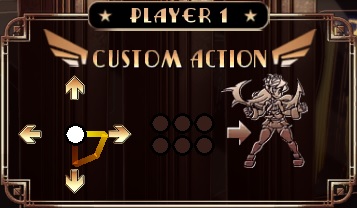 With a 2 or 3 character team, players must choose an assist for the character before selecting their next character or completing their team selection. All characters have a choice between two pre-set assists and the option for a custom assist.

Choosing a custom action for an assist brings up a input dialogue, which displays directional and attack button inputs. As the player preforms an attack the dialogue will show the attack by name. The player can then confirm the attack as the assist choice or return to the start of the input dialogue to record another move. Custom assists can be any grounded non-super action. Charge moves can be input without waiting for the charge time. Players can choose a character's taunt as an assist by pressing start.

After both players have completed their team selection, either character may choose a stage or keep the default option of a random stage. Selecting random stage will cause Versus Mode rematches to select a random stage before the start of every new match. Specific buttons and button combinations act as hotkeys when selecting a stage, similar to selecting a character's color palette. The Gehenna stage can only be chosen on stage selection, it won't appear if random stage is picked.

Some characters have alternate voice packs which change some of their voice lines. These can be selected in two ways:

Characters with the alternate voice pack on will have their name change to dark orange.