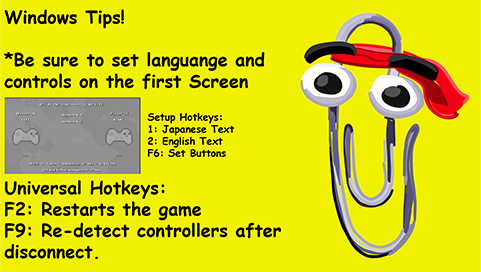 Ultra Fight Da! Kyanta 2 is a fighting game developed by artist and musician Haramaself.
A “crowdsourced story” set in a version of Japan with animal and fantasy races.
The titular Kyanta controls the mysterious Kyanta Force and battles with the equally enigmatic Michelle and his secret society.

A deceptively simple game that harkens back to Street Fighter 2 or early KOF titles, but offers customization similar to CVS2 with variable team size and selectable types. Kyanta 2 has no shortage of gameplay quirks. There are no traditional fighting game inputs such as quarter circles, moves are done with a single button press.

For example:
There are no collision boxes, so cross-throughs are an ever-present threat, especially against quick characters.
The buffer window is indefinite- as long as you hold a button down, that move will be performed at the first available opportunity.
The guard gauge does not deplete during a round, excess blocking will result in a guard break with extra damage to boot.
All EX moves have some amount of invulnerability, so all characters have an answer to pressure.

These mechanics, along with a large cast of characters, make Kyanta 2 one of the most accessible and fresh doujin games on the scene today.

Please pm or @ on the Kyanta Discord: @Durdge-o#8021 or @YFDHippo#9401 when in doubt of what to add or in doubt of the resource you're adding.