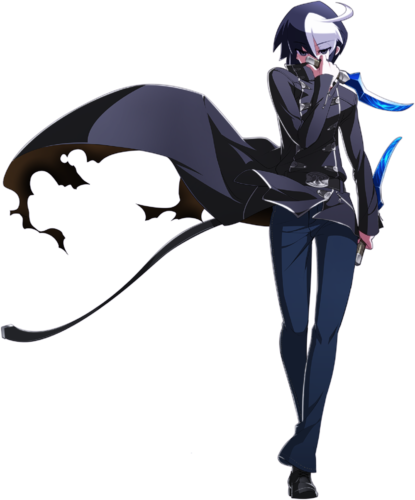 A young boy feared from those who know him as the "Assassin". He appears before certain power users, challenging them to duels, but no one knows why. Or, for that matter, who he is. However, the moment he heard the name, "Princess of the Night Blade", his attitude changed. His emotionless face was no longer so. Since that day, he wanders the town, searching for the princess, not on anyone's orders.

Seth is a speedy glass cannon that is all about getting in by using his movement to set an orb so you can mix up your opponent using his teleports, staggers and command grabs. He plays by entirely different rules than the rest of the cast, easily putting unprepared opponents into a state of disarray.