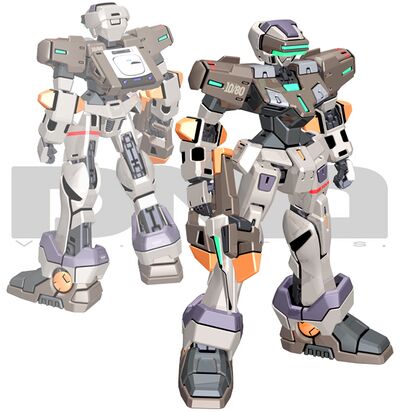 Simple mass-production Virtuaroid manufactured based on the older generation Temjin.

It has functional limitations such as having no air dash or vertical turn, making it difficult to achieve stable performance.
Melee combat performance is similar to the new generation Temjin, so it has a chance to win if it can close the distance while avoiding the opponent's attacks.

10/80 is in a standing state for 1 frame after performing Gliding ram. You can jump out of it with perfect timing.