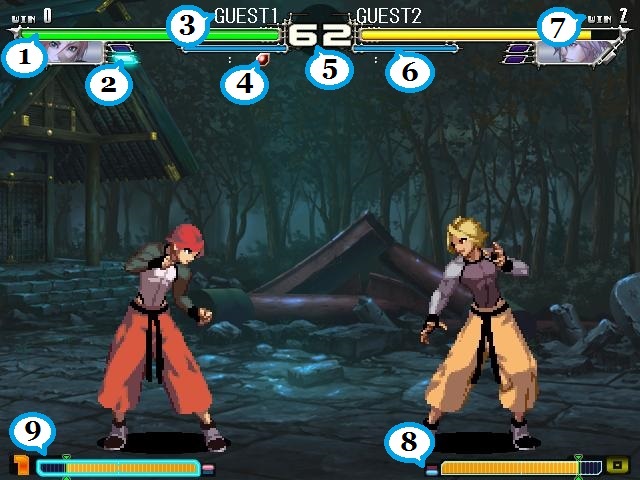 3 — Player Name • Indicates player's name. Will display custom names in netplay matches if one has been created.

4 — Round Count & Victory Medal • Shows number of rounds needed to win and how many rounds a player has currently won. Default round count is set for two points. Victory Medals include: [DESCRIPTION NEEDED]

5 — Timer • Indicates time remaining in a round. Starts at 99, player with the most Health at 00 timer seconds is awarded a Victory Medal.

9 — SP Gauge • Displays current EX and Super Move stock. The number aside the gauge indicates total number of complete SP Bars (0, 1, or 2). A bar is portioned into a half, indicating available access to EX moves (as EX moves require 1/2 of an SP Bar). 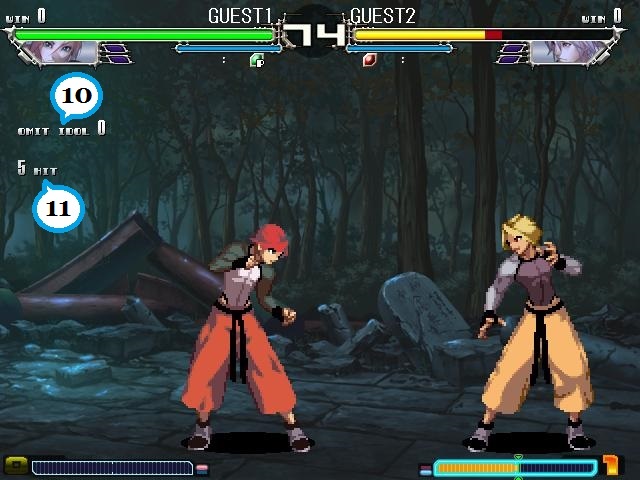 10 — Message Display • Indicates when a when a particular event has taken place during the course of a round. Messages include: Omit Idol, Tech Hit, First Attack, Reduce, BL Counter, Highjump Counter, and/or Superarmor Counter. 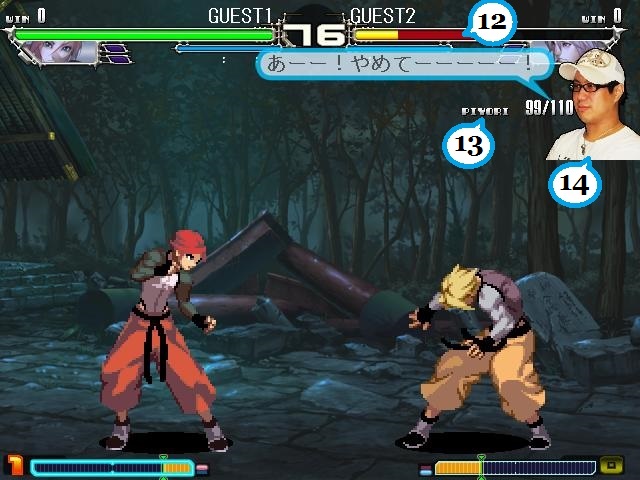 13 — Stun (Piyori) • When an opponent is stunned, this display will appear notifying when that player will be able to fully recover from a dazed state. Stun values vary from 90/90, 110/110, 130/130, to 150/150. Denominator = Total number of stun recovery frames induced, Numerator = Number of frames left to fully recover from Stun/Piyori. 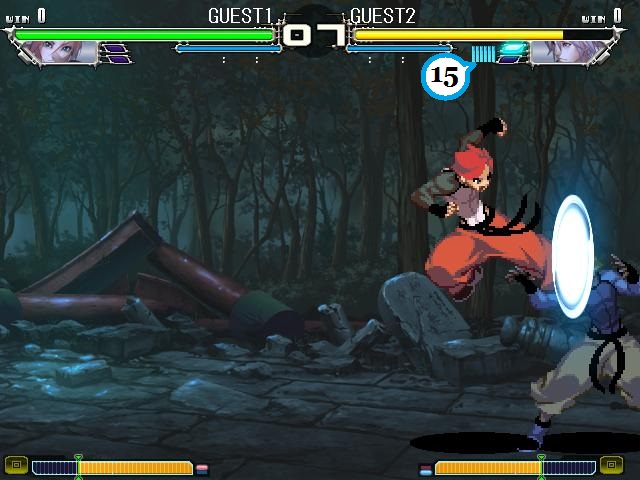 15 — BL Timing Guage • This gauge will appear when attempting to Button Lock (BL) within a certain number of frames of an attack connecting with the target. The number of Bars indicate the timing offset: More Blue Bars will gesture too soon of a BL attempt before guarding while more Orange Bars gestures too late of a BL attempt after guarding has already occurred.