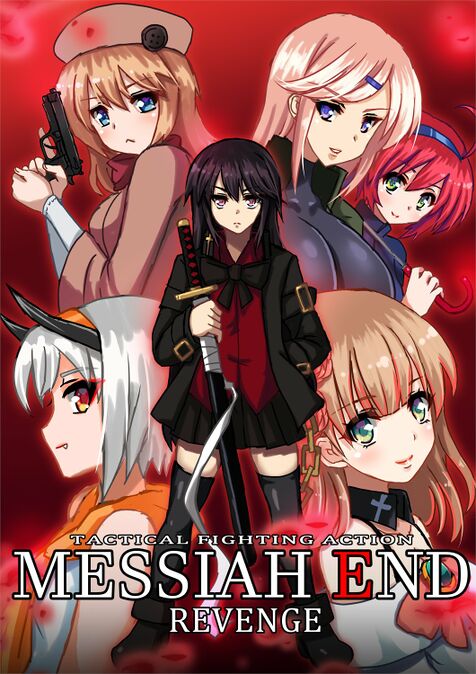 Ver. 4.00 of Messiah End Re Coming, renamed to Messiah End Revenge or short, MeRe, is a 2D Doujin Fighter by Hiyori Osin, programmed on FM2K.
The game has a 4-button layout and double jump movement, with pressure and combos based around the Spirit Cancel mechanic
which lets you cancel certain moves for the cost of meter.
As of now, it features a roster of 6 playable Characters and 17 Stages.
You can download and play the newest version for free, merely requiring a japanese locale to run the game.
The first public build (ver 0.50) was released February 8th 2019 and the most recent March 22th 2021.
The games development had been on hiatus until recently but now enjoys frequent updates again.