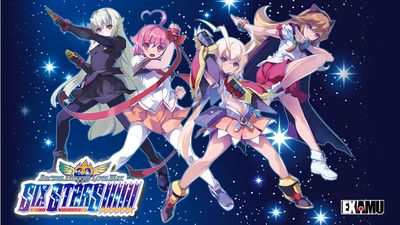 Arcana Heart 3 LOVEMAX SIXSTARS!!!!!! is the second version update of Arcana Heart 3, released on arcades on December 4, 2014. On July 2017, Examu launched a Kickstarter campaign to bring AH3LMSS to PC. It met its funding goals and a few stretch goals successfully. The game was subsequently released on Steam on December 12th, 2017.