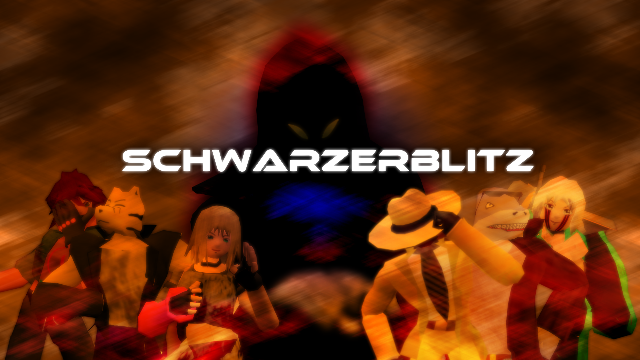 Schwarzerblitz is a 3-D fighting game released in 2019 for Windows PC. It's heavily inspired by Dead or Alive and Soul Calibur, with 8-way movement, a guard button and attack strings. The game features 24 playable characters (of which 2 arcade bosses and a secret joke character), 36 stages (with walls and ring out), arcade, local multiplayer, vs AI, and story mode.

The game supports both keyboard and any DirectInput compatible joypad or peripheral (arcade sticks, hitboxes, et cetera). In order to run, it requires the DirectX 9 June 2010 redistributable, the Visual C++ 2013 Redistributable and Visual C++ 2015 Redistributable. Notice that most modern computers should have all these components already installed, especially if used for gaming.

Since the game has no native online support (as of version 1.2.2), Parsec is used as a middleware to connect with other players. There is an active Discord server which can be used for matchmaking, bug reports, and general discussions about the game.