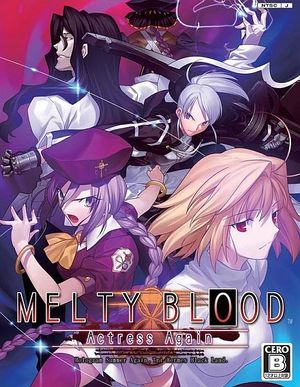 Melty Blood Actress Again is the 4th iteration of the fighting game series by French-Bread. It is based off Tsukihime, a visual novel by Type Moon. Actress Again is the second arcade release which brought a large number of changes to the table and increased the depth of the game substantially. This is also the version that was famously featured in the main lineup of EVO 2010.

The PS2 port of MBAA further revised the gameplay with new characters and balance tweaks. These changes were then ported once again to arcade under the name Melty Blood Actress Again Current Code.