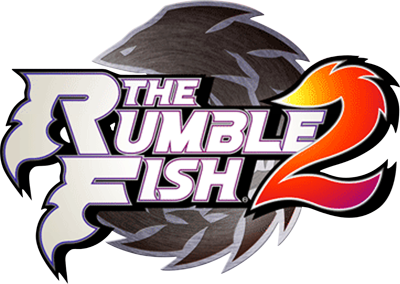 The Rumble Fish 2 is a sequel to Dimps' 2004 fighting game, The Rumble Fish. After developing many licensed fighters, The Rumble Fish series was Dimps' first real foray into a 2D competitive fighter which paved the way for their eventual hand in Street Fighter IV & V's development. The game was only available on Atomiswave hardware for a long time, but in 2012 an updated version was released on the NesicaxLive distribution system in Japanese arcades. In November 2020, the Atomiswave version was unofficially ported to the Dreamcast by yzb, allowing players to play the game on physical hardware without having to acquire an actual arcade board. It wasn't until 2022 that Dips and publisher 3goo announced they would be porting the game to all available consoles featuring rollback netcode.

TRF2 features unique vector animations, many complex and engaging system mechanics, and a strong cast of characters with varied and interesting playstyles. This combined with its open-ended chain combo system, makes The Rumble Fish 2 a fun game to pick up and learn but has enough intricacies to entice those looking for something deeper.