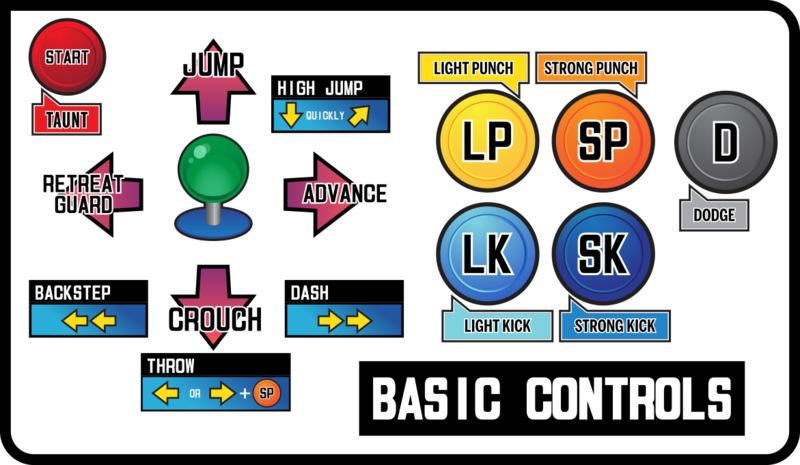 Dashing: (66) Basic movement technique to close the gap between you and your opponent. Certain characters perform step type dashes instead of run dashes. They are Orville, Bazoo, and Beatrice. You can perform attacks out of a dash which will retain dash momentum. This makes it easier to connect longer chains.

Backdash (44) Invincible frame 1, usually runs out half way through the motion. Getting hit during the airborne frames will force an air combo. Very useful for getting out of pressure.

Similar to any other 2D fighter. Hold back to block mids and overheads. Down-back to block low. Air blocking works like Vampire Savior/Street Fighter Alpha where air to airs can be blocked but ground normals cannot be air blocked. Some specials are air unblockable like Garnet’s 623K.

The Dodge (D) button is used as a separate button to execute the game's unique defensive mechanics including dodge and impact break.