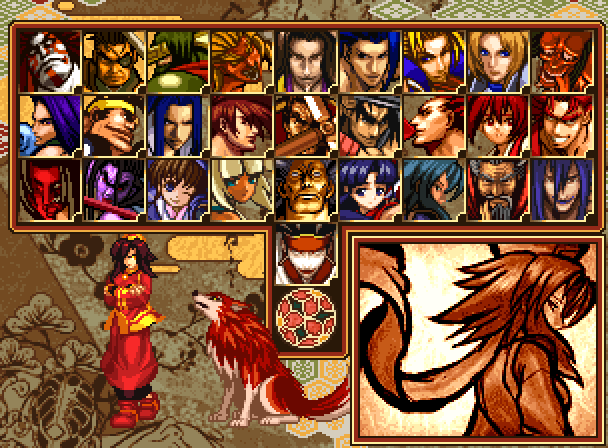 Samurai Shodown 5 Special (サムライスピリッツ零SPECIAL) is a 2D fighting game developed by Yuki Enterprise and published by SNK. Released in 2004, it is the ninth game in SNK's Samurai Shodown series, and also holds the title of being the last game ever released for the NeoGeo system.

Samurai Shodown 5 Special is an unusual game for Mizuumi to cover. It has almost no airdashes, airblocking, or even crazy anime combos, and being an arcade game from SNK it’s hardly doujin. Yet it’s squarely in the category of underrepresented yet solid and fun games that is home territory for this site. It’s easy to pick up the basics but hard to master, and there’s a diverse cast of 28 characters with a little something for everyone from rushdown styles to grapplers and downbackers.