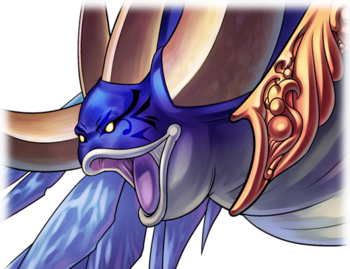 The oldest known fish in existence, it has become an Arcana through stubborn persistence. It has the ability to manipulate water and offers its strength on a whim to Kira, who works for world domination, out of sheer boredom.