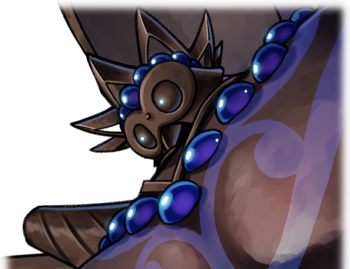 A giant clay statue who has become sentient thanks to the intense faith of its worshippers. Its raw physical power can flatten any opponent. As long as Maori remains dedicated to fighting demonkind, it will continue to aid her cause.