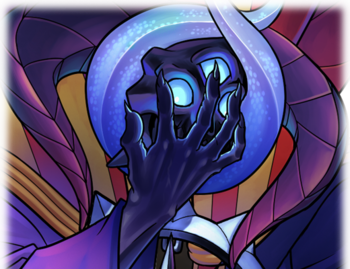 Once an executioner known far and wide as the grim reaper, Dieu Mort has a number of dastardly tricks that ensure his opponents an untimely death. He agrees to assist Yoriko in exchange for her magic powers.