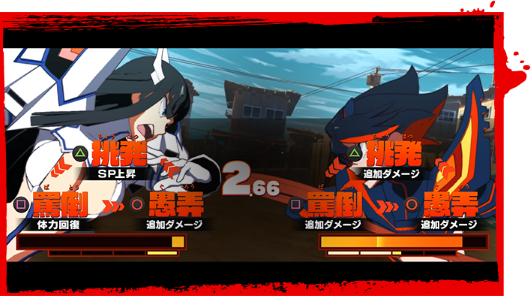 Both players are brought into Bloody Valor when Valor Burst hits.

In this Rock, Paper, Scissors segment, the player who initiated Bloody Valor has the option to choose between:

The defender (the player who got hit by Valor Burst) only has the option to deal damage (non-lethal) to the opponent with all three options.

As the initiator, you have more leeway with your choices as your probability of winning is greater since two of the three choices will give you a positive outcome plus a level up.

As for the defender, you have two gameplans. Make an estimated guess on what your opponent is going for, or opt to cover the option that would hurt you in the long run.

Don't worry, you can skip the cutscene. 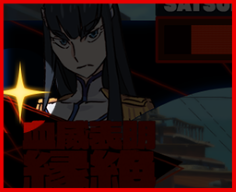 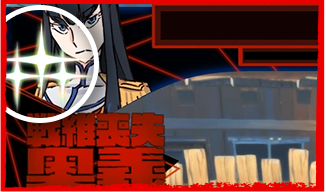 Upon winning a Bloody Valor that you initiated, your Valor Level increases by one up to the maximum level of three.

With every level, each character is given a specific upgrade: