With KLKIF being on the PS4, Switch, and PC, a notation system is to be put in place to better explain specific attacks or combos across all platforms.

To make the learning process as smooth as possible, numpad notation will be used for directional inputs as they're used in multiple other fighting games.

Since KLKIF is a 3D arena fighter, you'll be free to move side to side, forward and back, diagonally, or in circles.

Regardless of the position of your character (or if the over-the-shoulder camera is behind them or not), forward will always be forward, right will always be right, etc.

Pressing the Jump button makes your character jump with free movement in the air afterwards.

With this you can jump forward, and then drift back to your original landing spot. You can also do sick 360's.

Pressing the Guard button causes your character to block in place against incoming attacks.

Attacks do not deal chip damage, and you're rewarded meter for successfully blocking attacks.

KLKIF is a 3 button fighter with each button having their own unique purpose.

There are the expected grounded and aerial attacks, but everyone also has exclusive attacks from dashing. 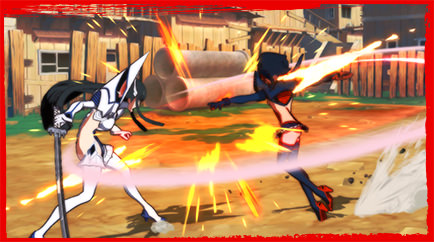 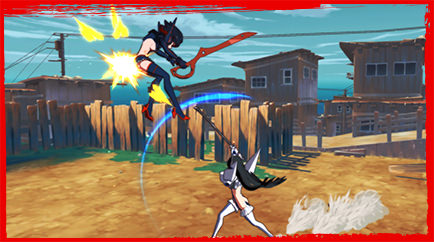 Your go-to attacks to throw out when close to your opponent and to quickly apply pressure.

Pressing the button multiple times performs followup attacks. Depending on the inputted direction, you will perform an attack that excels in covering specific actions.

Horizontal inputs will give you attacks that hit to the side, allowing you to catch Step Dashes and side movement. These moves don't hit as high and can be jumped.

Vertical inputs give you a narrow attack that hits upwards. Generally used as an anti-air that can be a combo starter. 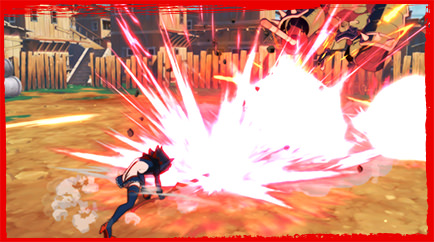 Long Ranged Attacks can cancel into multiple followups afterwards which doesn't make you much of a sitting duck when zoning. This can be used to close the distance on your opponent and travel with your projectiles. 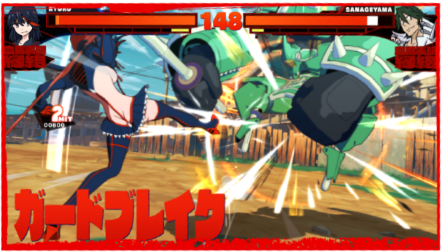 Unblockable attacks that act as a replacement for having no grab system. On startup, the character emits flashing stars and plays the familiar Goku Uniform "dingaling" sound.

Although they have weaknesses such as slow startup, long recovery, or short range, they're strong options if the opponent doesn't counterplay against them.

Horizontal Step Dash is invincible against Break Attacks on frame 1. 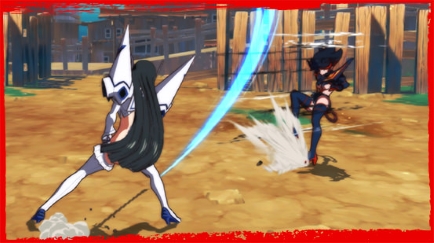 Specific moves can be done exclusively out of a vertical Step Dash (Ragyo can do Dash attacks from horizontal Step Dashes as well.)

Step Dash can be done in the air to perform an Air Dash. Air Dashing to the ground lets you act immediately into a Dash attack. 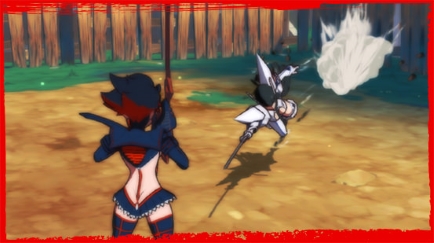 Homing Dash causes your character to home in on the opponent and quickly attack for 50 damage.

This can be performed by pressing the jump button while blocking. Jumping while airborne causes you to do an aerial Homing Dash.

Homing Dash allows you to armor through low priority projectiles after the initial startup.

Both variants of Homing Dash can be dash canceled after the initial startup.

Grounded Homing Dash can be canceled into Dash attacks.