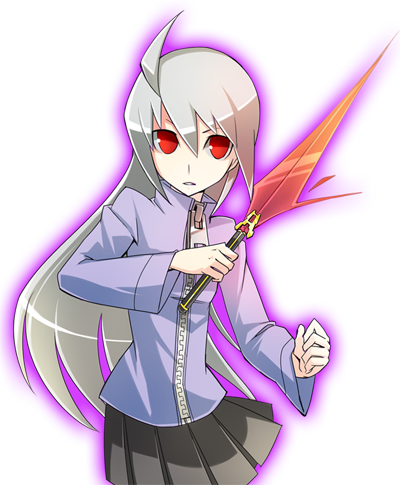 Suguri is the protagonist of the series.So,she has a "protagonist" playing style.Because of this,she has got a pretty balanced gameplay.She can cancel some of her attacks very quickly&easily.

Suguri has a selection of lasers, missiles, and melee attacks to choose from in any given situation. Both of her missile attacks recovery very quickly even without the need to dash cancel them, so keeping her heat down while firing them should be easy. Beware that they are easily destroyed, so you'll have to coax your opponent into thinking that clearing your missiles may not be the best idea. A couple kickstarter ideas would be to raw Shield, dash up and let loose a melee combo.

Go for the punish with a raw Hyper A1. You can dash cancel that much earlier than if you did it out of, say, a missile barrage. You can then dash and follow up with a melee attack or even a missile barrage to net a damaging combo.