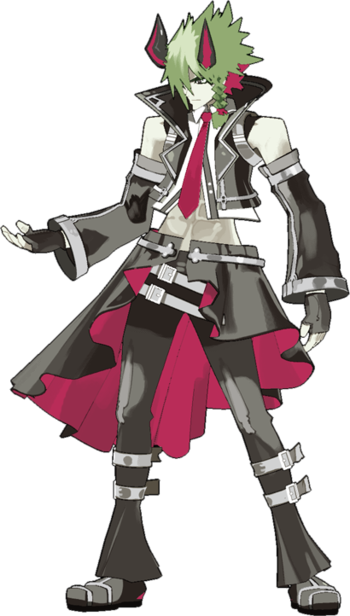 
Once you pick Cecil, you'll instantly notice the amount of movement options he has available at any given moment. A constant forward and back run, dash cancels from normals, lunging moves on the ground and in the air, and a double 8-way teleport dash! Cecil weaves in and out of the opponent's range and gets right in their face. With the combination of disjointed icy attacks and the momentum retained from running, Cecil can be a pesky character to pin down as he dashes and teleports all around the screen.

Cecil though isn't known to put out a ton of damage, and constantly running does put him at a disadvantage. Cecil's Risk Gauge depletes anytime he retreats from the opponent. Too much running and upbacking causes the next blocked attack to be a guaranteed Guard Break on Cecil. However, Cecil doesn't have to run away if he's constantly able to oki loop with ice blocks and get openings with his far-reaching lows or unexpected overheads. As Cecil, speed is everything. Just don't forget the brakes!

Movement
While moving, Cecil runs constantly both forwards and backwards. His speed remains the same in both directions. When Cecil comes to a halt, he slides for a bit of extra distance. 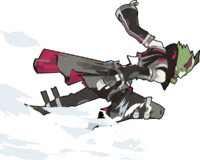 
Double tapping forward or back will cause Cecil to do a dash. Cecil can forward/back dash cancel his normals on hit or block.

Enhanced Ice Attacks
After Cecil runs forward for awhile, his next 5C, 2C, 2D, or 6C will freeze the opponent on hit/block, giving him tons of plus frames to work with. The buff is removed when Cecil runs backwards, dashes, or jumps.

Retreating Movement
Cecil's Risk Gauge depletes when running or jumping away from the opponent. The Risk Gauge can be decreased to 1% remaining, making the next blocked hit a guaranteed Guard Break on Cecil.

No Air Dash
Cecil cannot perform an air dash. Instead he has j.Direction + D for aerial mobility.