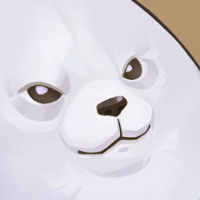 On Egg Dog, it's better to continue your combo by looping 5H and 2S instead of 2H, 5H, 2S. It lets you juggle a bit longer so that you get the most optimal combo you can get. Make sure you use Egg Bombs a lot, since it lets you keep the opponent either away from you, or keep them guessing if you're going to do an overhead or a low. It can also stop the opponent from doing a combo on you if you lay the egg before they start attacking you.

Note: If you're not sure what these mean or how to read them, make sure to check out Controls.