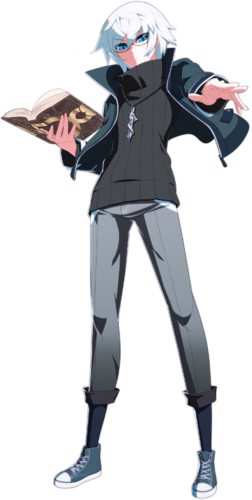 The boy who allegedly handles most of the day-to-day operations of Hilda's organization, Amnesia, moving people around like pawns. He has what appears to be a close relationship to Gordeau, who has since left the organization. But now, he has set his eyes on the Licht Kreis, Amnesia's greatest threat. Or, more specifically, he searches for the Crimson Knight, Gordeau's hunter. Now, he sets foot onto the battlefield.

Chaos fills the role of the games puppet character, using his special commands to give orders to his giant pet lizard, Azhi Dahaka. Azhi is what truly defines Chaos, giving him great versatility of playstyle, with access to disjointed zoning thanks to his ability to park himself right next to the opponent and harass them from full screen, as well as safe pressure thanks to Chaos being able to cancel his normals from Azhi specials. He can also be very hard for the opponent to touch, thanks to his 6C, which pulls triple duty as an anti-air, a projectile reflector, and a combo starter, in addition to his Force Function, which allows him to weave out of aerial approaches and combo the opponent into the corner. He has very strong neutral. 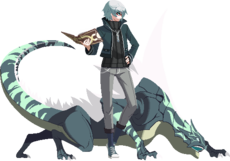 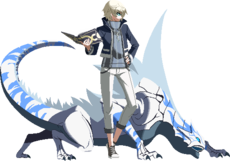 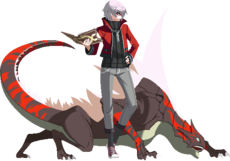 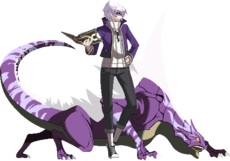 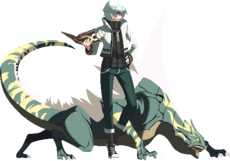 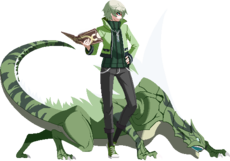 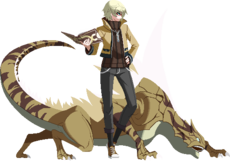 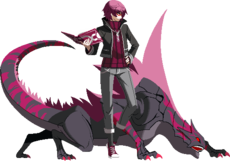 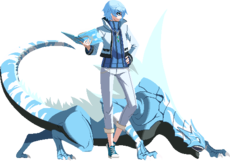 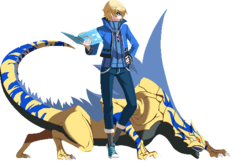 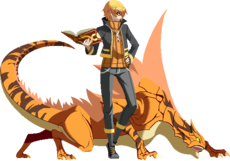 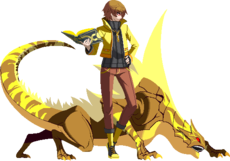 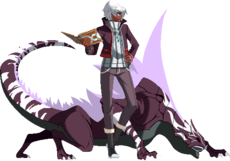 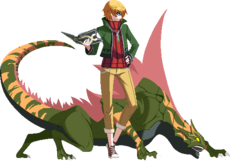 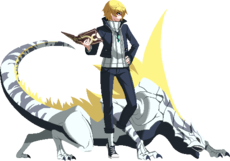 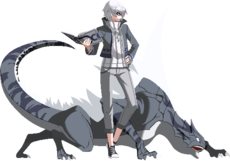 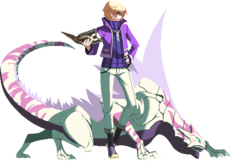 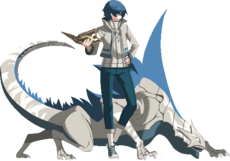 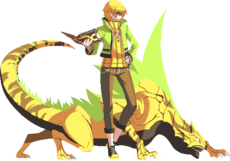 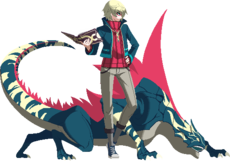 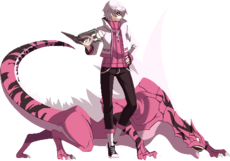 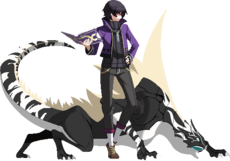