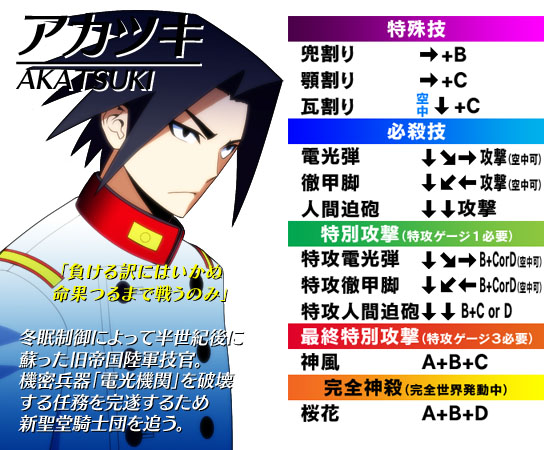 "A technical officer of the former Imperial Army who was brought back after half a century by the Hibernation Control Unit. He goes after the New Order of the Knights Templar in order to fulfill his duty to destroy the highly classified weapon Blitz Motor."