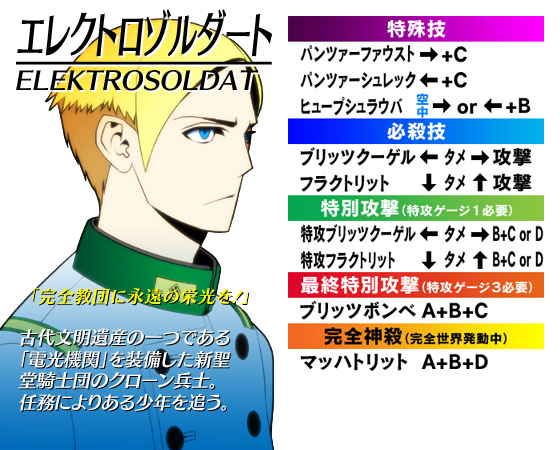 "A clone soldier of the New Order of the Knights Templar who is equiped with one of the Ancient Civilization's legacy, the Blitz Motor. He goes after a young boy to carry out his orders."