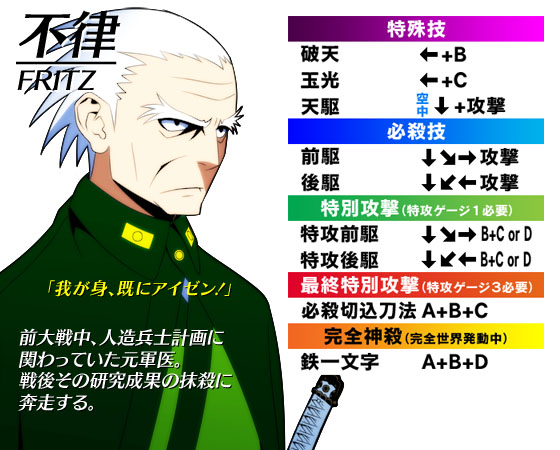 "Originally a military surgeon who was involved in an artificial soldier project during the previous Great War. After the war he makes every effort to destroy those research results."