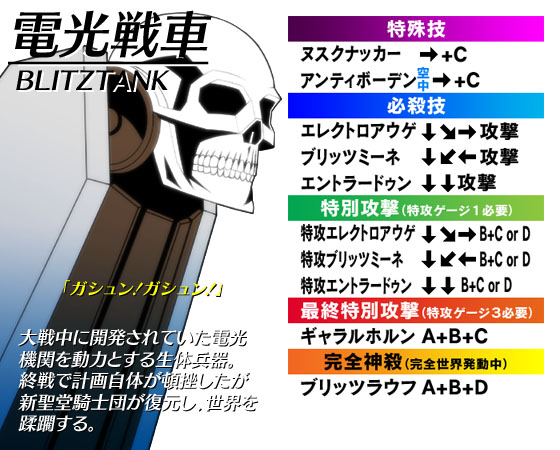 "A Blitz Motor powered living weapon that was being developed during the Great War. The project was setback by the end of the war but it was later restored by the New Order of Knights Templar to trample down the world."