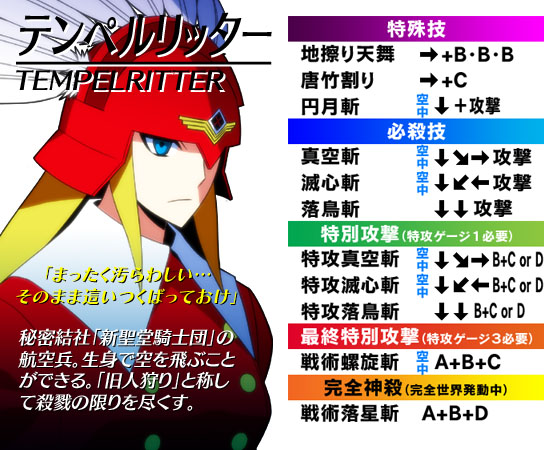 "The flying troops of the "New Order of the Knights Templar" secret society. Their bodies are capable of flight. Calling it the "Archaic Humans Hunt" they are devoted to the slaughter."