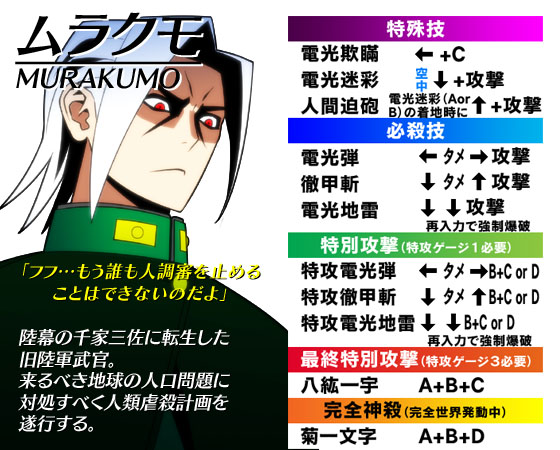 "A military officer of the former Imperial Army that reincarnated as Major Senke of the GSO. He plans to execute a humankind massacre to deal with the upcoming Earth population problem."