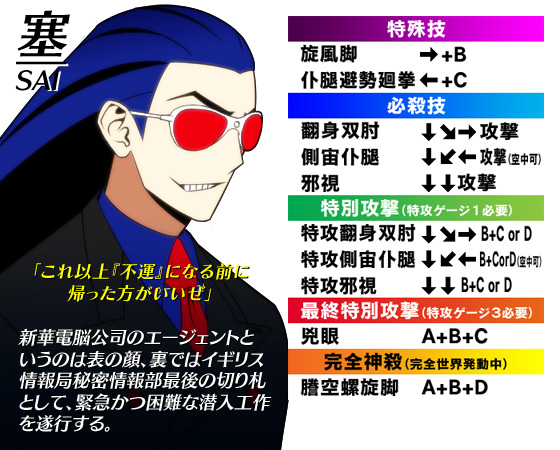 "An agent of the Xīn​huá Computer Company on the surface, behind the scenes he is the final trump card of the British Secret Intelligence Service, accomplishing urgent as well as difficult infiltration work."