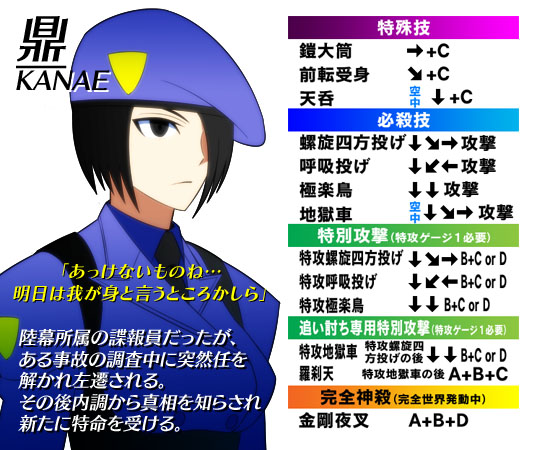 "A GSO inteligence operative who was suddenly relieved of her post and demoted while investigating a certain incident. She is afterwards informed by CIRO of the truth of the matter and given a new mission."