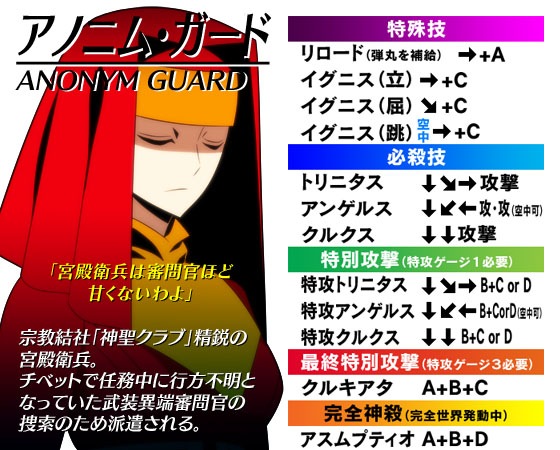 "A palace guard of the religious society Holy Club's elite. She is dispatched to search for an armed officer of the Inquisition who went missing during a mission in Tibet."