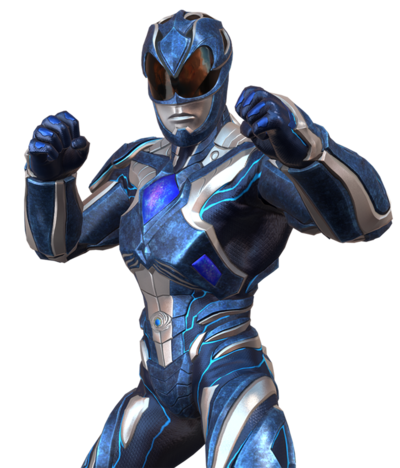 Long ago 6 aliens came to Earth looking for Krispy Kreme, but there were no Krispy Kremes in the Cenozoic Era, only death and betrayal. This is the Cenozoic Blue Ranger, unnamed but not forgotten.

A kind-of-straightforward character with good normals, spacing tools, frame traps, a teleport, self-explanatory combos, and a powered-up stun move that enables him to extend combos. Put all of that together, and you have an interesting character with lots of tools in his arsenal, and he's not afraid to use them. The teleport alone makes him a very 50/50-based character, and with a very hard-to-deal-with assist, he's that kind of character that feels easy to understand to most fighting game players, while allowing advanced players to make full use of the dirty stuff. Do you have any idea of the power that he possesses?

Click "Expand" for images of charged versions of moves.

Fullscreen bnb, the dash is only needed if you're going corner to corner and can make the combo drop, so feel free to omit it if you don't need maximum corner carry. 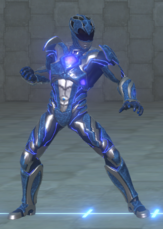 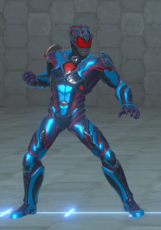