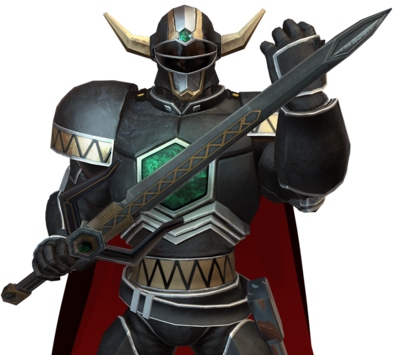 Mike Corbett was the Lost Galaxy Red Ranger but he fell into a pit and died. He's fine though because he got revived by Magna Defender powers and now he fights for truth and justice while taking caution when near pits.

Magna Defender is an extremely hard-hitting character with rather decent reach. Some of his moves possess super armor, allowing him to plow through enemy attacks. He also has extremely high chip damage on his 5S, which means his mix-up is less about the traditional high/low/throw and more about baiting pushblock, then punishing his opponent's reaction to his pressure.

Basic BnB, does a lot of damage, you can omit the 4M onwards if getting the delay j.H into 4M is too tricky, instead just do 5M > 5S > S+H. Either way it'll do a grip.

Combo off of overhead. the overhead can link into either 5L or 2L and 5L can link into 5M. It can feel awkward at first but they're pretty easy links. You can also chain 5L into 5LL and then link into 2L which is harder but it's a sequence of moves that are entirely plus on block, or link into 2L immediately and cancel into 2H for both an easier link and an easier combo, although one that's more committed. 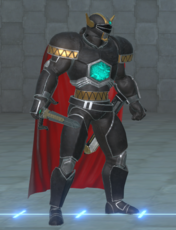 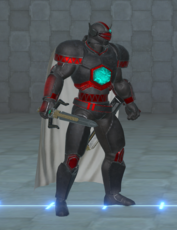