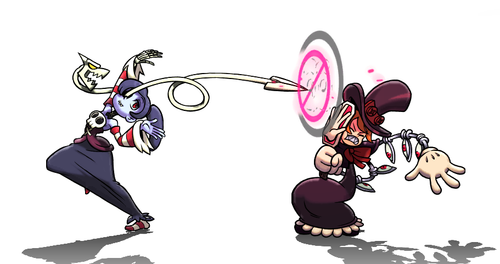 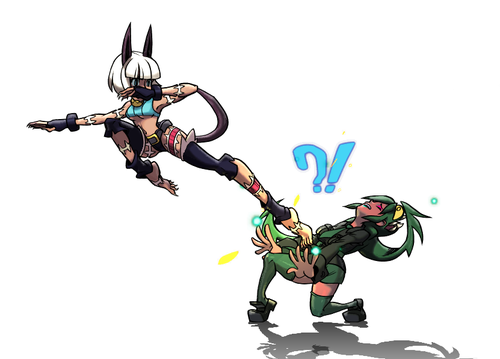 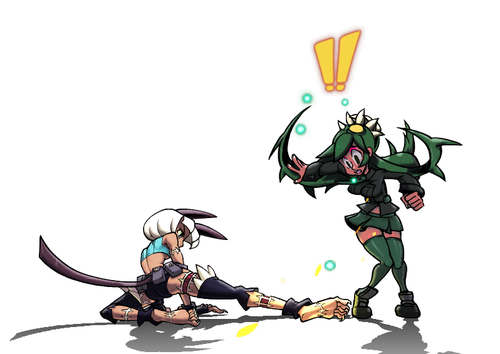 When the attacking player whiffs a move, an opponent within a reasonably close range will show a blocking animation if holding a block direction. This is called preblock. The preblock animation prevents the defending player from walking backwards and jumping backwards, but will not prevent any other action. 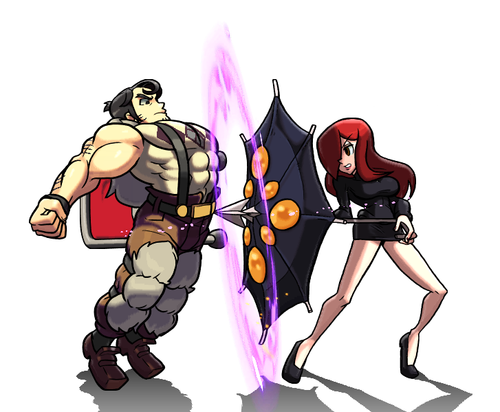 Defending players can break an incoming normal throw or air throw with a throw tech (LP+LK while being thrown). During a throw tech, both characters go through an invulnerable break animation that deals no damage and recovers on the same frame, leaving both players at an even frame advantage. All normal throws have a 13f tech window after the throw hits. In addition, the start up frames for a normal throw will auto-tech other throws without an additional LP+LK input. Teching is unavailable whenever the character could not otherwise throw, such as during the start up or recovery frames of any other move. Characters cannot preform normal ground throws and techs while holding any down direction, so they cannot break throws while crouching. Instead, a ↓+LP+LK input always counts as a crouching LP.

A defending player can pushblock by pressing any two punch buttons simultaneously during blockstun. Pushblock pushes the attacking character away and gives the defender space.

Pushblocking starts a fixed 25f animation. During this pushblock state, the defender gets some special properties:

Pushblock is referred to by the in-game tutorial as reaction shot. 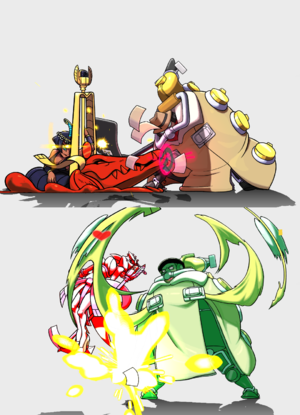 Eliza's c.MK is two hits. Big Band pushblocked the first hit, and the second hit is blocked during Big Band's pushblock animation. Then, Big Band flashes green as he does PBGC Beat Extend.

Pushblock Guard Cancel (PBGC) is a technique that creates gaps in blockstrings by blocking additional hits during a pushblock, during which blockstun from attacks are negated.

With absolute guard, a defending player can potentially block both high and low if they are already blocking. First, execute a pushblock, then switch from the block direction held when the move was first blocked to the other block direction, and hold that direction. This allows the character to block any high or low as long as the pushblock animation lasts. This can be seen in training mode, when the character's hurtboxes turn purple.

An additional guard cancel is available for duos or trios. See here for more info. 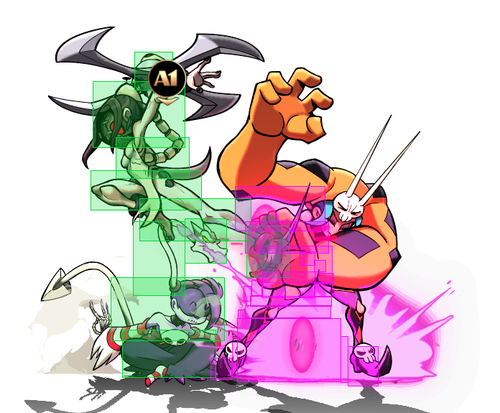 Cerebella blocks the Painwheel jMK (high) and then the Squigly 2HP assist. 2HP is a low, but she stand blocked it because of unblockable protection.

Defending characters get a brief period of high/low protection after successfully blocking any high or low hit. This protection lasts for 7f, including hitstop. If the defending player blocks another high or low hit during this period, the protection timer restarts.

The standard jump start up animation gives every character 4f of invulnerability against throw attacks. Stopping any ground throw using these frames gives full invulnerability to the remaining frames of throw start up, then gives the defending character 8f of additional projection against Anti-Air Throw attacks, such as Cerebella's Excellebella and Big Band's Take the 'A' Train. The 8f of protection effectively removes the 'unblockable while rising' property, allowing the defending character to avoid both a ground throw and the Anti-Air Throw if they hit on approximately the same frame.

Some specific command grabs (listed below) will grant this protection with a more generous timing or spacing window.