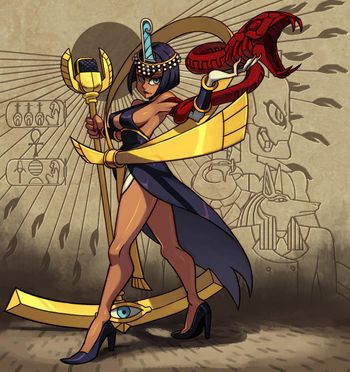 Eliza is the celebrity diva of New Meridian’s premiere nightclub, Bastet’s Den. Unbeknownst to the club’s patrons, however, she’s also been host to the skeletal Parasite Sekhmet for untold years. Widely known for her blood drive charities, in reality these serve to feed Sekhmet and maintain Eliza’s ageless beauty. Recently discovered and blackmailed by the Medici into pursuing the Skull Heart, Eliza’s ancient ambitions stir once more…

Eliza has a vast array of offensive tools that make her both a very scary rushdown character when she’s in the opponent’s face, but also play confident in mid-range as well, letting her get in as she pleases. 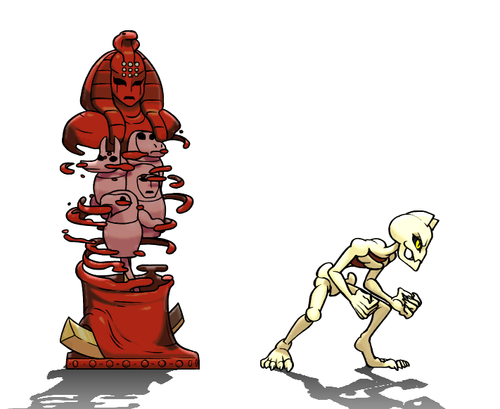 Eliza has 3 different intro poses that can be selected by holding a light, medium or heavy button during the loading screen before a match.

Eliza's single win pose has 8 variants, and the winning player can select a variant by holding a button at the end of the match.

Additionally, Sekhmet has her own win pose if the round ends with her summoned.