Amasawa Ikumi (天沢 郁未) is a rushdown heavy character, equipped with a very fast dash, command throw, standing overhead, two air dashes, and high priority on many of her moves. With meter, she gains access to clones, which pressure the opponent in various ways, allowing Ikumi to run her mixup game freely. At far ranges, she has access to a blood tornado, allowing her to pressure and keep her opponents at bay; however, the recovery time is long, and using the wrong tornado can lead into an opening for your opponent. Her special feature is a blood meter. All B moves, as well as special moves, will draw blood from your opponent, splattering it on the floor. As Ikumi picks up blood, her specials grow more powerful, but also start to drain the blood meter. At full blood, Ikumi activates Genocide mode, giving her a timed amount of super armor and powering up all her special moves to max.

Ikumi is the protagonist of MOON, a visual novel produced by Tactics in 1997. She followed the recent death of her mother, Miyoko, to an organization known as FARGO. During MOON, Ikumi joins FARGO to discover how and why her mother died, uncover its secrets, and exact a bloody revenge...

The special move data table can be found under Ikumi Amasawa/Move Data.

Ikumi is the classic rushdown character, with extreme mobility. She boasts one of the fastest running dashes in the game, and has two air dashes. Her normals have good angles and ranges, but suffer a little as, other than 5A, they are all minus. This becomes less of a problem as 2B and 5C are both jump cancelable on block. Her dash normals have the same properties as her normals, but with forward momentum. Her 66A becomes +0 on block, so in matchups where you have the faster 2A/5A, you can bully your opponent. Ikumi also has one of the better command throws in the game, but must condition the opponent to expect buttons and then dash in and grab instead.
Once Ikumi is able to score a combo into a knockdown, she can run her clone summon game, where she shines. Her slightly minus normals no longer matter, and she can easily mix up the opponent with command grabs, lows, or a standing overhead.
However, once Ikumi's turn is over, or the opponent is able to back off, Ikumi must play a slower neutral game. In some matchups, she can suffer while attempting to close the distance, as long-pokes can stop her dash short and she gains little ground.

Ikumi must play a reserved neutral game. In some matchups, she's free to just dash in on the opponent and wreak havoc, but in others, against characters with excellent pokes, she instead relies on her 214 specials to try to force the opponent to act. Once she's within a certain range, 214 becomes dangerous to use, and she will have to rely on pokes and dash moves.

Once Ikumi is able to chase down her opponent, she can begin her rushdown game. This consists of her good normals, combined with fast dashes, and moves that are only slightly negative on block. She covers for some of this by having jump cancelable moves on block, and being able to crush pokes with 214 or sometimes 623. If the opponent is afraid to press a button, her command throw becomes an option, and is able to do very respectable damage in the corner.

Ikumi's reversals are very lacking, and only become reasonably okay when she starts to gain some blood meter. As she reaches BL3, her 236C becomes a very good reversal with plenty of invulnerability and armor, though she would rather keep that RF meter and blood for combos instead of reversals. If she wishes to spend meter on her 2141236 super, she can keep a pocket reversal on hand to use whenever. 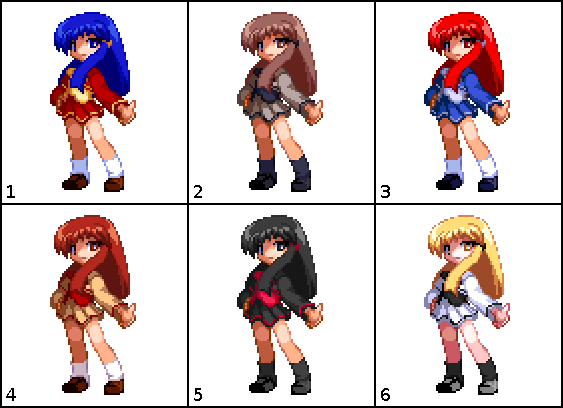