This is version of Arcueid that has given into her blood lust and completely lost it. She is intensely sadistic and bloodthirsty. Presumably, she possesses several times more power than Arcueid due to no longer suppressing herself.

Red Arcueid (or Warc) has many normals and tools that are aesthetically similar to Arcueid but serve a dramatically different purpose. Warc is a powerful zoning character with arguably the best air-to-air normal in the game in j.B as well as an extremely large and active projectile that can be used both in the air and on the ground. She covers strange angles that most other characters don’t really deal with well, and in general can be considered to have one of the best neutral games in Melty Blood with the ability to sit on a life lead for 99 seconds. Unfortunately, Warc lacks a good way to approach opponents on the ground, as her run is mediocre and she has no real air-to-ground normals, and without a strong reversal she can struggle to reverse bad situations. 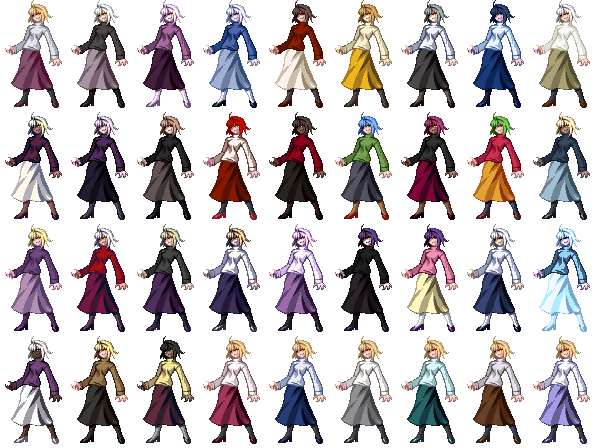